Nuclear medicine covers the area of a medical practice based on injected radioactive substances, called radiopharmaceuticals, which can be applied for diagnosis (radiodiagnostics) or therapy (radiotherapeutics), or both (radiotheranostics).

The radiolabeled product, a substance containing a radioactive isotope or radionuclide, travels through the body up to reaching its target. Thanks to a vector, on which this radionuclide is grafted, it reaches and accumulates in a specific biological tissue or an organ. This molecule is then useful to locate the targeted tissue or organ (diagnosis), to initiate the destruction of these cells (therapy), or both depending upon the type of attached radionuclide.

The term radiotracer refers to the notion of minute (trace) amounts of the substances in use, and also to the advantageous ability to “trace” the dissemination of the molecule in the body as a consequence of the linked radioactivity (light).

The development of imaging acquisition technology associated with powerful information technology software has resulted in the development of the tomography technology, generating cross sectional images and tri-dimensional pictures. Some radioactive elements can be used for therapeutic purposes thanks to their different physico-chemical properties; indeed, their short distance ionizing effect leads to cell destruction. The use of these vectors in association with therapy radionuclides, essentially β or α emitters, is called vectorized or metabolic radiotherapy. Such radiolabeled drugs used in therapy are also called radiotherapeutics.

Natural radioactivity first appeared concomitantly to the creation of the Earth, and the radionuclides that can still be found in soil today are in fact long period isotopes or decay nuclides dating from original matter. As a consequence, man has always been exposed to environmental radioactivity, whether from terrestrial or cosmic origin, and of course we continue to find these radionuclides in our food and indirectly in each of our body cells.

A radionuclide is a substance that degrades in a very constant manner over time and emits one or several radiations. This degradation or decay is defined by a constant, the period (or half-life) corresponding to the time it takes for half of the remaining substance to disappear. This half-life is specific for each radionuclide.

The type of emitted radiation is also specific for each radionuclide. There are five types of radiation which are of interest to nuclear medicine: for diagnosis purposes, gamma rays (γ) and beta plus (or positron) emissions (β+) have led to the development of respectively the imaging modalities SPECT (Single Photon Emission Computed Tomography) and PET (Positron Emission Tomography). Beta minus (β–), alpha (α) radiations and soon conversion or Auger electrons are used in metabolic radiotherapy.

Among all the radionuclides with potential in nuclear medicine, we shall remember those that are currently most widely used: Iodine-123 and Technetium-99m as γ emitters, Fluorine-18 and Gallium-68 as β+ emitters, Iodine-131 and Lutetium-177 as β– emitters. Newcomers will include Astatine-211 and Actinium-225 in the alpha-emitting series and Tin-117m as conversion electron emitter.

The following list is not exhaustive and does only present a short list of molecules close to enter or that have very recently entered Phase clinical trials (Phase 0/I with unpublished data). They may very soon be described in more details in the previous chapter, providing the outcome of this first clinical trial may show positive. There are hundredths of molecule that could be described in this chapter.

The following list is intended to provide information about molecules that came on the market or were close to reach the market with strong support from the industry, but had to be withdrawn for diverse reasons. Some of these drugs could enter a second life in some remote countries as most of them have mainly been withdraw for marketing and competition reasons and their efficacy is not questionable.

In order to explain this technology in an accessible way, a reference booklet containing information on nuclear medicine was written by the author of this project. It was initially intended for workers in the radiopharmaceutical industry but was then used for patients and finally distributed to potential investors. This book is presently available in French, English, and Spanish. 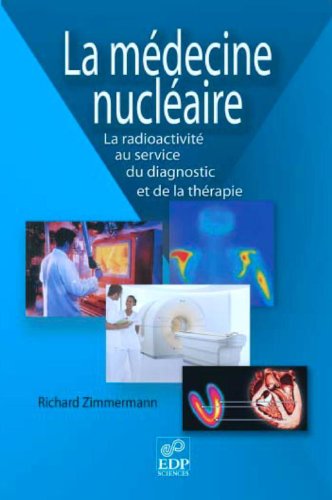 In addition to the website mainly dedicated for information of interest for the industry, The NME (Nuclear Medicine Europe) has implemented a website for the general public called What is Nuclear Medicine? that features movies, cartoons and special small booklets to be downloaded that explain basic concepts. This content is also updated regularly.

Official bodies such as EANM and SNMMI also have materials explaining nuclear medicine.

More information also on the IAEA website about Radiopharmaceuticals production and some interesting Publications regarding advances search.

Any cookies that may not be particularly necessary for the website to function and is used specifically to collect user personal data via analytics, ads, other embedded contents are termed as non-necessary cookies. It is mandatory to procure user consent prior to running these cookies on your website.