The generosity of donors allows the Oncidium foundation to finance the research and development of new Radiotheranostics cancer treatments as well as to support cancer patients. We know that this path is not easy. We know the importance of finding the right doctor, understand the diagnosis and learn about treatment options. It is our mission to educate, raise awareness, and support cancer patients and their loved ones on this daily battle.

By supporting the Oncidium foundation projects, you put your action at the heart of the fight against cancer!

If you need assistance please, do not hesitate to contact us. 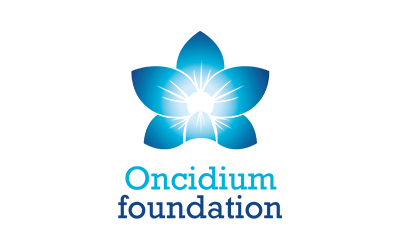 Support the Oncidium foundation to help to carry out its project of support and promotion for the development of Radiotheranostics for the treatment of cancer throughout the world. 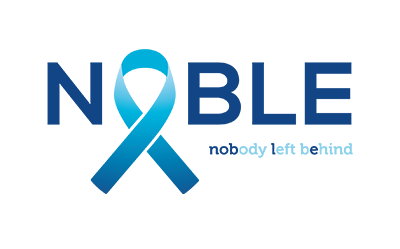 NOBLE – NOBODY LEFT BEHIND

NOBLE is working to enable all prostate cancer patients, regardless of origin or financial situation, to access PSMA-SPECT imaging when PSMA-PET is not an option:

The “Friends of” Fund
Managed by the King Baudouin Foundation’s Philanthropy Center, the Friends of Fund is a modern form of philanthropy: private means – money, but also time or skills – are put at the service of the community. Philanthropists decide to set up a Friends of Fund in order to provide lasting support to a non-profit organization, a private foundation or a very specific public utility foundation. Friends actively raise funds from supporters of the organization and direct them, through the Fund, to one or more of the organization’s projects.

What is a donation and what is not?
A donation is the transfer of an item of property from one party to another, with the donor receiving nothing in return. The best-known type of donation is a cash donation, which often takes the form of a bank transfer.

Under this definition, membership fees, journal subscriptions and payments in exchange for a benefit cannot be considered donations.

Belgian donors who donate at least 40 euros to the Friends of the Oncidium foundation Fund (the “Fund”) are entitled to a tax reduction equivalent to 45% of the amount actually donated, which is shown on the tax certificate. Following the COVID-19 crisis, the Belgian Federal Government announced on June 12 2020 that the tax deduction for donations made in 2020 will be increased to 60% of the amount donated. Thus, the part of net income considered for a reduction in tax relating to donations will rise from 10% to 20%.

Tax certificate
A tax certificate relating to all of the donations you have so kindly made to the Fund is sent out at the end of February in the following year.

Secure partner
For all online financial transactions, the Fund works with an external partner (Ingenico Payment Services), which guarantees respect for your privacy as well as the security of the encoding of all your data used for the transaction.

Recognitions and agreements given to the King Baudouin Foundation in Europe.
Donors who are based in France, the Netherlands, Luxembourg or Denmark and wish to support the Fund are entitled to the tax benefits granted by their country of residence when they donate directly to the Fund.

In France, the King Baudouin Foundation has secured the tax benefits provided for in section 4 bis of Articles 200 and 238 bis and Articles 978 and 795-0 A of the French General Tax Code (Code général des impôts).

In the Netherlands the King Baudouin Foundation has been recognized as a Public Benefit Organisation (ANBI, Algemeen Nut Beogende Instelling) since 1st January 2008. Their RSIN number is 8237.85.385.

Luxembourg Inland Revenue circular LIR no. 112/2 and sections 8A and 12 stk. 3 of the Danish Tax Assessment Act (Ligningsloven) authorise the King Baudouin Foundation to issue tax receipts to donors living in Luxembourg and Denmark.

KBFUS and KBFCanada
It is very easy for donors living in the United States and Canada to support the Fund.

The King Baudouin Foundation United States (KBFUS) is registered as a charitable foundation under Section 501(c)(3). US-based donors are therefore eligible for a tax break in the United States when they donate to the Foundation.

The KBF Canada Foundation (KBFCanada) was created to enable Canada-based donors to support projects in Europe, Africa, America and Asia. It is incorporated under the Canada Not-for-profit Corporations Act and meets the requirements set out in the Income Tax Act. KBFCanada is authorised to issue tax receipts to Canada-based donors.